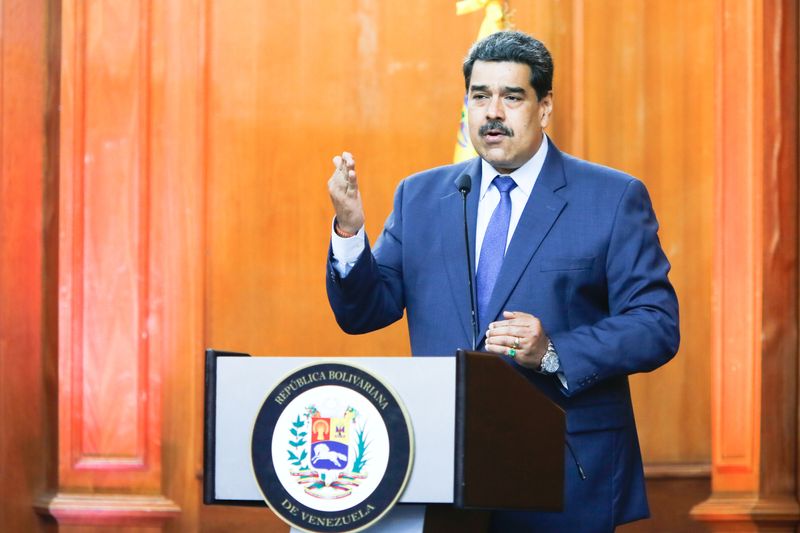 CARACAS (Reuters) – Venezuela’s main opposition parties on Sunday pledged to boycott legislative elections scheduled for Dec. 6, saying they will be rigged by the ruling socialist party and that taking part would amount to “collaborating with the dictatorship’s strategy.”

The move was widely expected after a series of recent interventions by President Nicolas Maduro’s government in the National Electoral Council (CNE) and opposition political parties. The parties boycotted Maduro’s 2018 re-election on similar grounds, and now label him a usurper.

But it nonetheless paves the way toward a loss of opposition control of the National Assembly, which could complicate the standing of Juan Guaido, recognized by dozens of countries as Venezuela’s rightful president due to his position as the congress’s speaker.

“Venezuela, a nation undergoing a humanitarian crisis that is also subjected to a criminal, oppressive dictatorship, deserves free, democratic and transparent elections,” the 27 parties wrote in a statement published on the National Assembly’s website.

The parties included Guaido’s Popular Will party, as well as the Justice First, Democratic Action, and A New Era parties, which are collectively known as the “G4” and make up the bulk of opposition representation in the legislature.

Venezuela’s information ministry did not immediately respond to a request for comment. Maduro calls Guaido a U.S.-backed puppet seeking to oust him in a violent coup, and has argued the opposition boycotts elections it knows it would lose.

The parties’ decision to boycott comes after the Maduro-friendly supreme court named directors of the CNE, which oversees elections, a function the constitution assigns to the National Assembly.

The court also appointed politicians widely seen as shadow allies of the ruling socialist party to leadership posts at the G4 opposition parties.

Some opposition politicians have floated the idea of extending the current congress’s term past its scheduled January 2021 expiry.

(Reporting by Deisy Buitrago in Caracas and Luc Cohen in New York; Editing by Steve Orlofsky)