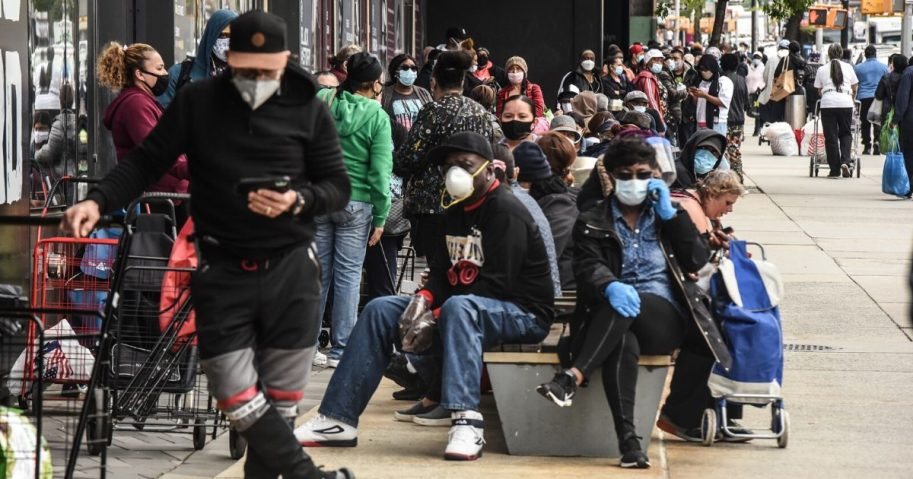 One hundred thousand. That’s how many small businesses have already closed for good because of the COVID-19 pandemic — and counting. Hundreds of thousands of more closures may be on the way.

When small business employers suffer, their employees feel the pain too.

But the coronavirus pandemic — and the resulting economic shutdown — should never have been so painful for so many Americans.

Indeed, the Democratic Party deserves considerable blame for big-government policies that have made the pain more unbearable.

TRENDING: Obama Portrait Will Never Hang in Trump's WH, According to Reports

It is because of congressional Democrats’ reckless pursuit of enhanced unemployment benefits — an extra $600 per week — that many employees found it more lucrative to be unemployed than to work.

Traditionally, the unemployment benefit is only supposed to replace about 40 percent of jobless workers’ earnings (on average).

But the enhanced $600 giveaway, which is in addition to state-level unemployment benefits, left millions of laid-off Americans with heftier checks than they would have otherwise received from their employers.

This is the case in nearly 40 U.S. states — most of the country. In states like Maine and New Mexico, combined state and federal unemployment benefits cover nearly 130 percent of lost wages. In Mississippi, the median unemployed worker is eligible for 166 percent of their former salary.

Do you think the Democrats' response to the coronavirus crisis has hurt small businesses?

What incentive do employees in those states have to return to work?

At a time when small businesses are desperate to retain talent and reopen, it doesn’t even make sense for unemployed workers to do their part. Where is the logic in that?

Yet Democrats continue to lobby for enhanced unemployed benefits. Sen. Michael Bennet of Colorado and other Democrats recently introduced a plan to extend the $600 weekly paycheck boost past July 31, when it was originally intended to expire.

While it may be well-intentioned, the proposal is rife with unintended consequences, exacerbated by the fact that the U.S. economy is reopening with each passing day.

As millions of small businesses reopen, in hope of reclaiming their past success, a barrier to hiring is exactly what they don’t need.

RELATED: Bob Ehrlich: COVID & China Have Exposed How Globalism's Virtues Were Exaggerated All Along

Therein lies the worst consequence of big government: Small business owners are relying on unemployed Americans to join their ranks and get back to work, only to find that many are content with remaining unemployed.

This isn’t to blame unemployed workers: The incentives are set up to keep them from working.

But Democrats do deserve blame for keeping American workers down. Democrats are letting small businesses down when they need help the most.

At the same time, Democratic governors are preventing small businesses from reopening at all. In Illinois, small business owners who violate the state’s stay-at-home order can be charged with a Class A misdemeanor. Those who are charged face a $2,500 fine and even one year of imprisonment for attempting to reopen.

Is that really the message we need to send small businesses, America’s most important employers?

With the U.S. economy in shambles, now is not the time to criminalize small business activity. Nor is it the time to reward workers for not working.

Small businesses can use all of the help they can get. Government barriers only end up hurting entrepreneurs — and the millions who depend on them.

The views expressed in this opinion article are those of their author and are not necessarily either shared or endorsed by the owners of this website.